Vaccines Turn Our Immune System Against Us

No one would accuse Yehuda Shoenfeld of being a quack. The Israeli clinician has spent more than three decades studying the human immune system and is at the pinnacle of his profession. You might say he is more foundation than fringe in his specialty; he wrote the textbooks. The Mosaic of Autoimmunity, Autoantibodies, Diagnostic Criteria in Autoimmune Diseases, Infection and Autoimmunity, Cancer and Autoimmunity – the list is 25 titles long and some of them are cornerstones of clinical practice. Hardly surprising that Shoenfeld has been called the "Godfather of Autoimmunology" – the study of the immune system turned on itself in a wide array of diseases from type 1 diabetes to ulcerative colitis and multiple sclerosis.

But something strange is happening in the world of immunology lately and a small evidence of it is that the Godfather of Autoimmunology is pointing to vaccines – specifically, some of their ingredients including the toxic metal aluminum – as a significant contributor to the growing global epidemic of autoimmune diseases. The bigger evidence is a huge body of research that's poured in in the past 15 years, and particularly in the past five years. Take for example, a recent article published in the journal Pharmacological Research in which Shoenfeld and colleagues issue unprecedented guidelines naming four categories of people who are most at risk for vaccine-induced autoimmunity.

"On one hand," vaccines prevent infections which can trigger autoimmunity, say the paper's authors, Alessandra Soriano, of the Department of Clinical Medicine and Rheumatology at the Campus Bio-Medico University in Rome, Gideon Nesher, of the Hebrew University Medical School in Jerusalem and Shoenfeld, founder and head of the Zabludowicz Center of Autoimmune Diseases in the Sheba Medical Center at Tel Hashomer. He is also editor of three medical journals and author of more than 1,500 research papers across the spectrum of medical journalism and founder of the International Congress on Autoimmunology. "On the other hand, many reports that describe post-vaccination autoimmunity strongly suggest that vaccines can indeed trigger autoimmunity. Defined autoimmune diseases that may occur following vaccinations include arthritis, lupus (systemic lupus erythematosus, SLE) diabetes mellitus, thrombocytopenia, vasculitis, dermatomyosiositis, Guillain-Barre syndrome and demyelinating disorders. Almost all types of vaccines have been reported to be associated with the onset of ASIA."

ASIA – or Autoimmune/inflammatory Syndrome Induced by Adjuvants (also known as Shoenfeld's syndrome) -- first appeared in the Journal of Autoimmunology four years ago. It is an umbrella term for a collection of similar symptoms, including Chronic Fatigue Syndrome, that result after exposure to an adjuvant – an environmental agent including common vaccine ingredients that stimulate the immune system. Since then an enormous body of research, using ASIA as a paradigm, has begun to unravel the mystery of how environmental toxins, particularly the metal aluminum used in vaccines, can trigger an immune system chain reaction in susceptible individuals and may lead to overt autoimmune disease.

Autoimmune disease results when the body's system meant to attack foreign invaders turns instead to attack part of the body it belongs to (auto is Greek for self). If the immune system is like a national defence system, antibodies are like drones programmed to recognize a certain type of invader (a bacteria say) and to destroy them or mark them for destruction by other special forces. Autoantibodies are like drones that are misidentifying a component of the human body and have launched a sustained attack on it. If they mistakenly target a component of the conductive sheath around neurons, for example, nerve impulses stop conducting properly, muscles go into spasm and coordination fails; multiple sclerosis results. If autoantibodies erroneously focus on joint tissue; rheumatoid arthritis results. If they target the islets of Langerhans in the pancreas, Type 1 diabetes, and so on

Who is "susceptible" is the subject of the paper entitled, "Predicting post-vaccination autoimmunity: Who might be at risk?" It lists four categories of people: 1) those who have had a previous autoimmune reaction to a vaccine, 2) anyone with a medical history of autoimmunity, 3) patients with a history of allergic reactions, 4) anyone at high risk of developing autoimmune disease including anyone with a family history of autoimmunity, presence of autoantibodies which are detectable by blood tests and other factors including low vitamin D and smoking.

Regarding those who have had a previous adverse reaction to vaccines, the paper cites five relevant studies including the case of a death of a teenage girl six months following her third Gardasil injection against HPV virus.  She had experienced a range of symptoms shortly after her first dose, including dizziness, numbness and tingling in her hands, and memory lapses. After her second injection, she developed "intermittent arm weakness, frequent tiredness requiring daytime naps," worse tingling, night sweats, chest pain and palpitations. A full autopsy was unrevealing but blood and spleen tissue analysis revealed HPV-16 L1 gene DNA fragments – matching the DNA found in vials of the Gardasil vaccine against cervical cancer – "thus implicating the vaccine as a causal factor." The DNA fragments had also been found to be "complexed with the aluminum adjuvant" which, according to the report, have been shown to persist for up to 8 to 10 years causing chronic immune system stimulation.

"Although data is limited," Shoenfeld and his colleagues concluded, "it seems preferable that individuals with prior autoimmune or autoimmune-like reactions to vaccinations, should not be immunized, at least not with the same type of vaccine."

The second group which the paper cites for vaccine exemption is patients with "established autoimmune conditions." Vaccines don't work so well in them, say Shoenfeld and his colleagues, and they are at "risk for flares following vaccination." Inoculations that contain live viruses including chickenpox, yellow fever and the measles, mumps and rubella triple vaccine (MMR) are "generally contraindicated" for people with autoimmune conditions because of  the risk of "uncontrolled viral replication." But inactivated vaccines are not such a good idea either because they usually contain the added ingredient aluminum, linked to autoimmunity.

The immunologists describe recent studies in which patients with autoimmune rheumatic disease given the influenza vaccine (without aluminum) suffered more joint pain and fever than controls and whose levels of autoantibodies (the drones that attack self)  increased after receiving the flu vaccine. What's more, they developed new types of autoantibodies that weren't present before the vaccines, and those persisted. As the presence of autoantibodies can be predictive of developing autoimmune disease in patients without symptoms, even years ahead of disease onset, this is troubling to those who understand immunology.

A number of studies claim vaccines are safe for the "overwhelming majority of patients with established autoimmune diseases," the study allows, but they only looked at rheumatoid arthritis and lupus and not at severe and active cases so "the potential benefit of vaccination should be weighed against its potential risk," they cautioned.

PATIENTS WITH A HISTORY OF ALLERGY

Vaccine trials have usually excluded "vulnerable" individuals -- only extremely healthy individuals with no allergies are recruited. It's a "selection bias," say Soriano and Shoenfeld, and has likely resulted in serious adverse events being "considerably underestimated" in "real life where vaccines are mandated to all individuals regardless of their susceptibility." The true incidence of allergic reactions to vaccines, normally estimated at between one in 50,000 to one in a million doses, is probably much higher and particularly where gelatin or egg proteins are on the ingredients list, they say.

There's a long list of vaccine ingredients that are potential allergens: besides the infectious agents themselves, there are those from hen's egg, horse serum, baker's yeast, numerous antibiotics, formaldehyde and lactose, as well "inadvertent" ingredients such as latex. People's allergic histories have to be taken before vaccination say the researchers. But some signs of reaction don't show up until after the shot.

The public health nurse or GP might tell patients that a long-lasting swelling around the injection site after a vaccine is a normal reaction, for example. But that is not what the immunologists say. "[A]luminum sensitization manifests as nodules [hard lumps] at the injection site that often regress after weeks or months, but may persist for years." In such cases, they say, a patch test can be done to confirm sensitivity and to avoid vaccination.

According to a growing body of research, though, allergy may be only the beginning of many dangerous aluminum-induced phenomena.

THE TROUBLE WITH ALUMINUM

Aluminum has been added to vaccines since about 1926 when Alexander Glenny and colleagues noticed it would produce better antibody responses in vaccines than the antigen alone. Glenny figured the alum was inducing what he called a "depot effect" – slowing the release of the antigen and heightening the immune response. For 60 years his theory was accepted dogma. And over the same time, the vaccine schedule grew decade on decade, but few ever questioned the effects of injecting aluminum into the body, which is strange considering its known toxicity.

A PubMed search on aluminum and "toxicity" turns up 4,258 entries. Its neurotoxicity is well documented. It affects memory, cognition, psychomotor control; it damages the blood brain barrier, activates brain inflammation, depresses mitochondrial function and plenty of research suggests it is a key player in the formation of the amyloid "plaques" and tangles in the brains of Alzheimer's patients. It's been implicated in Amyotrophic Lateral Sclerosis and autism and demonstrated to induce allergy.

When kidney dialysis patients were accidentally infused with aluminum, the "dialysis-induced encephalopathy" (DAE) they developed neurological symptoms: speech abnormalities, tremors, memory loss, impaired concentration and behavioural changes. Many of the patients eventually went into comas and died. The lucky ones survived: when the source of toxicity, aluminum, was removed from their dialysis they recovered rapidly.

With these new observations, researchers began investigating the adjuvant effects of aluminum and in the past decade there has been a flurry of research. Far from being a sandbag that holds the antigen for a while and then gets excreted, it turns out that aluminum salts trigger a storm of defence action. Within hours of injection of the same aluminum oxyhydroxide in vaccines into mice, for example, armies of specialized immune cells are on the move, calling in grid coordinates for more specialist assault forces. Within a day, a whole host of immune system commandos are in play -- neutrophils, eosinophils, inflammatory monocytes, myeloid and dendritic cells, activating lymphocytes and secreting proteins called cytokines. The cytokines themselves cause collateral damage but they send out signals, directing cell-to-cell communication and recruiting other cells into action. If the next phase of the attack is launched: fibroblast growth factor, interferons, interleukins, platelet derived growth factor, transforming growth factor and tumour necrosis factor might all be engaged. There's evidence that poorly understood and pesky inflammasomes, (currently a topic of cutting- edge cancer causation research) such as the Nod-like receptor 3( NLRP) are activated too, but it's all still too early to say exactly what they're doing. 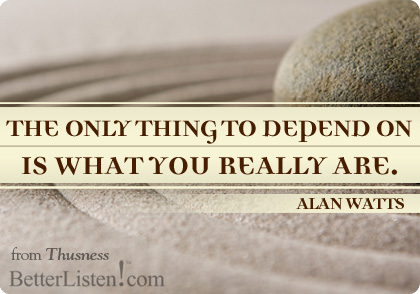